Developing “Dream Strider”, a machine for the removal of floating materials on the water surface

Micro-plastics and spilled oil are two major sources of marine pollution that require immediate remediation. Noxious chemicals tend to quickly adhere to micro-plastics. When fish eat these micro-plastics, the noxious chemicals enter the food chain, negatively impacting humans. Furthermore, oil disasters such as the Nakhodka oil spill in the Sea of Japan in 1997 and the Deepwater Horizon oil spill in the Gulf of Mexico in 2010 are also examples of major sources of water pollution. These problems have motivated us to find a way to contribute to remediation of marine environments.

The physics club began research regarding the removal of floating contaminants in 2013. Figure 2 illustrate the collection of garbage using a water jet. When the jet was projected from underwater and onto a receiving board, the garbage was transferred onto the board by the water jet and then into a garbage collection tank. The result of this research was the development of a basic experimental setup that was able to successfully remove garbage from the water surface. 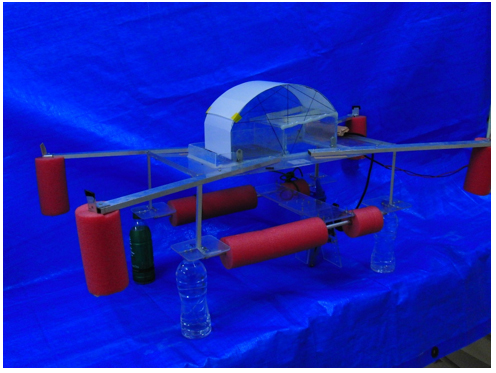 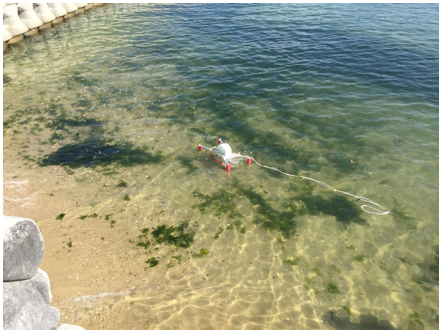 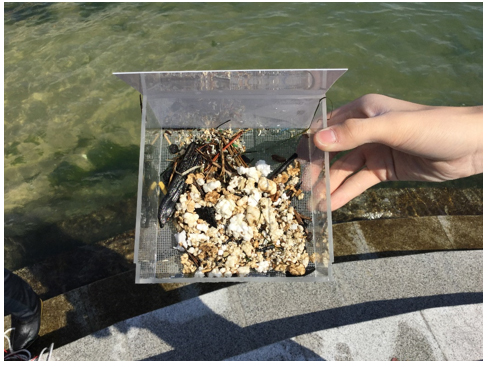