Meisei Tennyo, Dance in the Air!

We participated in the 18th Flow Dream Contest held online on November 12, 2020. Our team “Meisei Fuyu-jin (Meisei Floating Men)” consists of 7 members from the Faculty of Science and Engineering, Meisei University. It was a great honor to win the award in this contest. I would like to report the process leading up to the award.

2. Concept of our work following the contest theme

At the contest, the theme “Let’s play with the flow” was provided by the organizing committee in advance so that we created an idea for the submission work based on this theme. We intended that everyone could enjoy playing with the game we proposed even if we were involved in the coronavirus epidemic. Therefore we exploited the air flow in our game to keep social distancing.

In our game using the air flow, we took the plot from the Japanese legend of “Hagoromo”. The objective of the game is to return Ten-nyo (celestial maiden) to her homeland (heaven) by manuplating a small fan, which enable the player to float her without directly touching her.

To make suitable Ten-nyo for our game, we considered the stability of her floating which depends on the force balance between the gravity and the drag forces. Figure 1 shows a demonstration of the floating Ten-nyo using a small fan. We examined a lot of bodies (styloforms) with different shapes and sizes of Ten-nyo as shown in Fig. 2. 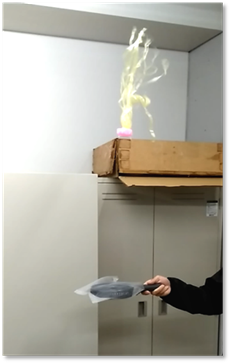 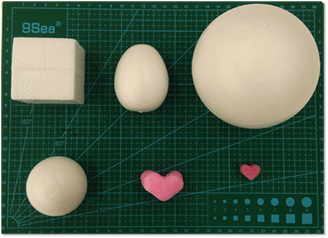 For the stable floating, we also attached vinyl tapes to her body as Ten-nyo’s “Hagoromo (celestial robes)” (Fig. 3). We examined the floating condition by changing the number, length, and thickness of the tapes aimed at making a good style of Ten-nyo to play our game interstingly.

Figure 3. An example of a celestial maiden with “Hagoromo (celestial robes)” 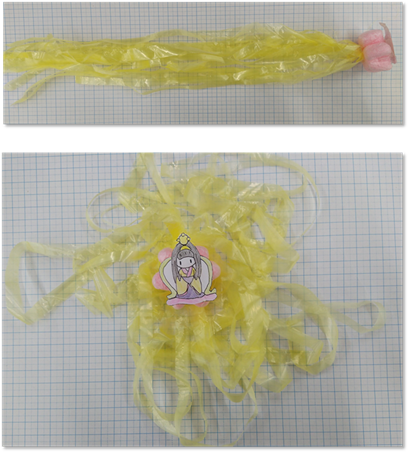 We proposed a new game with the story of returning the celestial maiden to heaven as an example of playing with the flow of air. In the future development, I felt the possibility of inventing a new play (e.g. air soccer, air bascket ball, etc.) using the wind to keep social distancing in the corona epidemic.

We were able to receive the honorable award with the support of so many people.