Active Boundary Layer Control by Jets in a Crossflow

The synthetic jet is a method of boundary layer control to suppress flow separation, and synthetic jet actuators have been shown to be a useful tool for flow control in applications such as mixing enhancement, separation control, and thrust vectoring. A typical synthetic jet actuator consists of a small cavity with an oscillating diaphragm on its bottom and an orifice plate on the opposite side. As a result of alternating suction and blowing produced by a diaphragm movement, a succession of vortex rings is produced and propagates away from the orifice. The jet is synthesized by a two-phase cycle composed of suction and ejection. 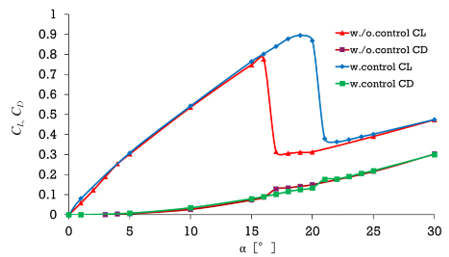 Fig.2 Time history of lift coefficient when our active stall control system operates to the time-varying flow fields (Re=1.5×105).