When a mean free path of gas molecules l is comparable to a characteristic length L of gas flows, the Knudsen number Kn = l/L, which indicates the degree of gas rarefaction, takes finite values. For such a situation, the framework of rarefied gas dynamics should be used to investigate the gas flows instead of ordinary fluid mechanics. This article describes some findings in a series of works by the author and a colleague on the numerical analysis of moving-boundary problems for the rarefied gases (Tsuji, T. & Aoki, K., J. Comput. Phys. 250, 574-600 (2013); Tsuji, T. & Aoki, K., Phys. Rev. E 89, 052129 1–14 (2014).). The moving-boundary problems of rarefied gases are found in engineering applications of vacuum technology and micro devices with moving parts. It has been clarified in the above references that the velocity distribution function of gas molecules has some singularities due to the unsteady motion of the boundary. These singularities are treated adequately in the numerical analysis by using the method of characteristics, and the velocity distribution functions are obtained precisely for the cases with intermediate Knudsen numbers, including the case of infinite Kn. The velocity distribution functions have discontinuities produced by the unsteady motion of the boundary, and they decay as time goes on due to the intermolecular collision. It should be remarked that a standard finite-difference scheme cannot reproduce the precise profile of the velocity distribution function. Furthermore, the decay of an oscillating plate due to the drag in a rarefied gas is numerically investigated, taking into account the above-mentioned singularities. The decay rate is found to be proportional to t-3/2 for large t and for an intermediate Kn, where t is a time variable. This rate of decay is different from that for Kn → ∞, indicating that the intermolecular collision affects the manner of decay. 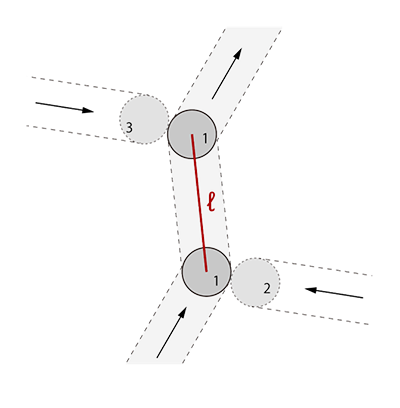 Figure 1 The definition of mean free path of gas molecules.