The charm of the flame whirlwind

We six third-year students in the Kumagai Laboratory, Department of Mechanical Engineering, Faculty of Science and Engineering, Meisei University, participated in the 19th Nagare no Yume Contest held on demand on YouTube from November 8 to November 10, 2021, under the team name "Pooh Family. In that contest, we won the "Ichiju Award".

The theme of this year's 19th Dream of Flow Contest was "Fascinating! The beauty of the flow".
The theme of this year's contest was "Fascinating!
We first thought about what would be beautiful and attractive. The idea we came up with was to focus on light objects such as mirror balls and illuminations. However, we could not come up with an idea on how to connect electric light and fluid.
So we tried replacing the glowing object with fire. Using the famous phenomenon of fire, the flame whirlwind, we changed the color of the flames to create a beautiful work that looks like an illumination and looks good on video. 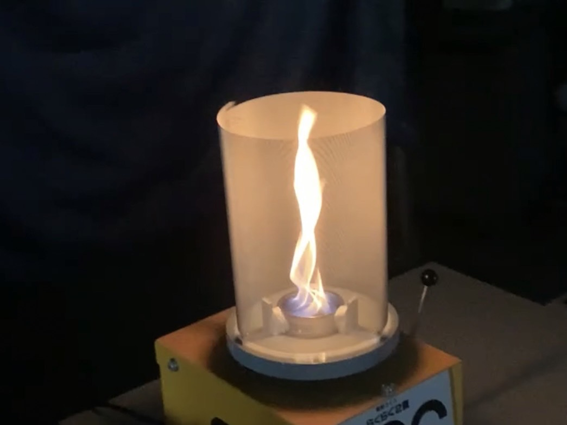 Figure1. A flame whirlwind being formed.

Since fire alone is boring, we wondered if it was possible to create other colors like fireworks.
So we tried to see if we could change the color of the fire using the flame color reaction, which we learned in chemistry class in high school.

First of all, the mechanism of the flame color reaction is that when a substance is burned, heat is added to the atoms, which increases their energy and causes the electrons to move outward. The electrons then try to return to their original position by emitting light as energy. This is how the color changes. Since the distance that the electrons move away varies depending on the element, the wavelength of the energy emitted differs, resulting in a different color. This is the mechanism of the flame color reaction. 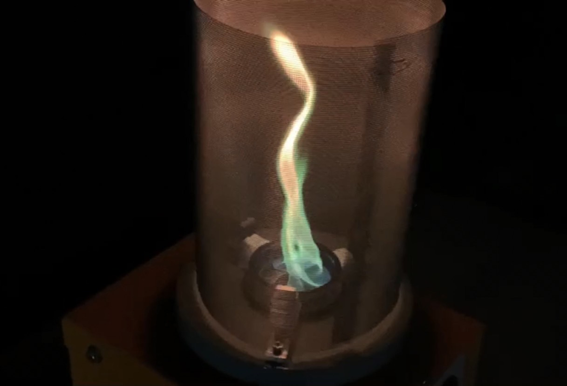 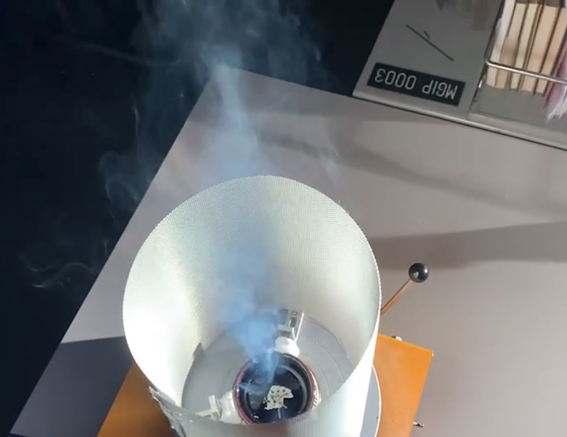 I received an advice from an academic that it has to do with the strength of the updraft.
In creating the video, we took a different approach than in previous years, using an on-demand format on YouTube. In creating the structure of the video, we referred to the videos of many YouTubers that we usually watch, and added up-tempo music as background music so that third parties would not get bored.

This time, we went through a trial and error process, using a gas burner to test the flame color reaction before arriving at the creation of the flame whirlwind. After many failures, we arrived at the present work. We hope that this video will spark your interest in fluid engineering.

In participating in the 19th Nagare no Yume Contest, I would like to thank my colleagues in the laboratory for their cooperation and Dr. Kumagai, who has always been a great help to me in the laboratory. Thanks to them, I was able to receive the prestigious Ichiju Award.
I would also like to take this opportunity to express my deepest gratitude to the Japan Society of Mechanical Engineers (JSME) for allowing me to have such a valuable experience.