A 14-stage axial flow compressor was newly designed and tested for developing an advanced industrial gas turbine.  In order to achieve a high thermal efficiency required for the new gas turbine, the compressor needed to have a significantly higher pressure ratio and higher efficiency than those of existing engines.

The new design methodology used to this compressor design was based on an automated airfoil geometric optimization system combined with a 3D-CFD analysis, which resulted in arbitrary shaped airfoil design in most blade rows.  A multi-stage CFD analysis was used effectively in order to adjust a loading distribution along stages and to obtain a proper stage matching.

Before the full development of the gas turbine, an approximately two-thirds scaled compressor rig tests were conducted to verify the aerodynamic design and the structural reliability. Figure 1 and 2 shows the scaled compressor test rig. The test results of the first build indicated a satisfactory level of efficiency and mass flow, but with a lack of sufficient stall margin.  The second build with the re-staggered vanes was tested and its result showed improvements both in stall margin and in efficiency. The overall compressor map obtained from second build test is shown in figure 3. The prototype test of developing an industrial gas turbine also had been conducted.  The measured performance of the compressor which was scaled up from the second build rig compressor achieved the design target.  Consequently, the aerodynamic design which considered the scale effects of the compressor was successful. 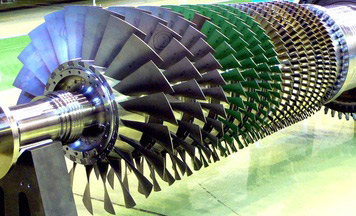 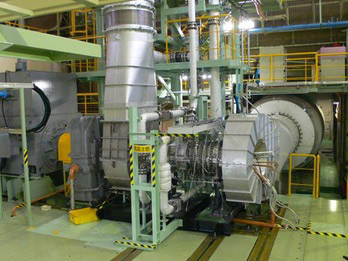 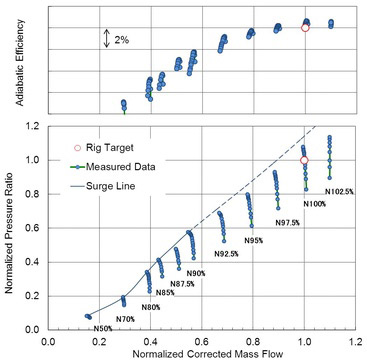