Innovative energy conversion device has been developed for efficient wind energy utilization. In the conventional wind turbines, a constant power output is obtained by controlling the pitch angle of wind turbine blade for excessive wind power. Therefore, if the excessive wind energy can be utilized at the constant rotational speed, the rated power operation can be possible with enhanced efficiency.

In this study, the innovative electromagnetic energy conversion device has been developed for efficient wind energy utilization. This device has coaxial configuration and can be installed in the conventional wind turbines. In this device, the rotational speed of the turbine can be kept constant by controlling rotation torque by Lorentz force with electric power generation from the excessive wind energy. The liquid metal with high electrical conductivity is filled between the central axis and the outer ring electrode with the magnetic field applied in the axial direction. With the rotation of the central shaft, the liquid metal flows in the azimuthal direction. According to the Faraday’s law, the electromotive force of u×B is generated in the radially outward direction. The electric power is extracted by connecting an external load resistance between the central axis and outer ring electrode. Moreover, because the Lorentz force acting against the liquid metal flow increases the rotational torque, rotational speed can be controlled with power generation. 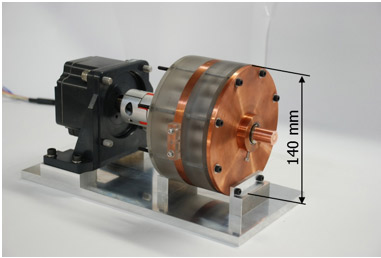 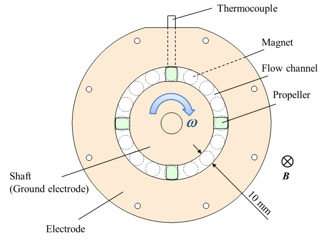 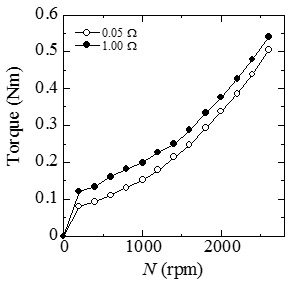 Fig. 3 Motor torque as a function of rotational speed
for external load resistances of 0.05 Ω and 1.00 Ω.