CAE (Computer Aided Engineering) is an indispensable tool in the development of automobile engines. The Cross-ministerial Strategic Innovation Promotion Program (SIP) in Japan aims at improving the thermal efficiency of an internal combustion (IC) engines up to 50 percent and aims to reduce CO2 emission by 30 percent, where an engine simulator, named HINOCA, is being developed so as to enable prediction and improvement of IC engines. As for the turbulence simulation in HINOCA, the wall-adapting local eddy-viscosity (WALE) model is adopted for the subgrid-scale model in large-eddy simulation (LES). However, in order to complete a simulation within a realistic computational time, it is inevitable to choose the grid spacing much coarser than that is well accepted. As for investigations of grid dependency for LES, many of the previous studies were done for a channel flow or in the streamwise and spanwise grid resolutions. Hence, there are many unclear points, especially in the wall-normal grid resolution. Therefore, we need to assess the accuracy of WALE model in the case where the computational grid is very coarse.

In the present study, we perform a comprehensive grid resolution study of WALE model in a turbulent pipe flow. The schematic of this computational domain is shown in Fig. 1. The LES is performed under the constant flow rate at the bulk Reynolds number of 5300. The governing equations are the filtered continuity equation and Navier-stokes equation. A top-hat filter is used for the spatial filter. 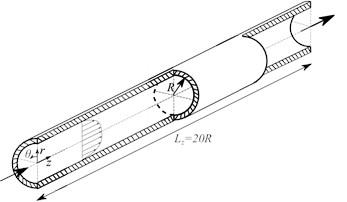 Fig. 2: Turbulent statistics using only 6 points with uniform or non-uniform grid spacings in the wall-normal direction. (a) Mean streamwise velocity profiles (solid lines with markers) and the law of the wall (dashed line); (b) RMS velocity fluctuations. 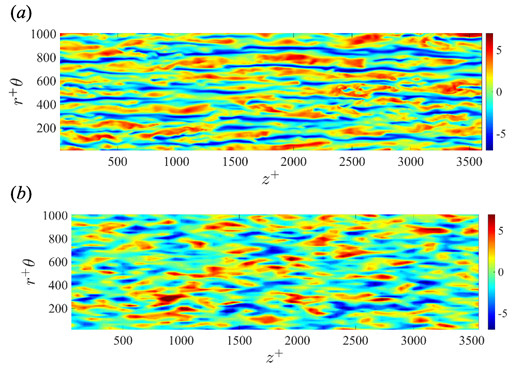